Jon and his wife Alisha, an OB/GYN physician, both grew up in Atlanta.

Since 2013, Jon has served as the CEO of Insight TWI, a now 30-year old media production company that investigates corruption, organized crime, and war crimes for international news organizations.

Under Jon’s leadership, Insight TWI’s investigations of corruption, organized crime, and war crimes have won major awards and have been broadcast to hundreds of millions of people on dozens of television channels and on every continent.

Insight TWI’s work exposing ISIS war crimes has won particular acclaim. Their 2016 production for the BBC “Girls, Guns and ISIS,” was described by The Sun as “hard hitting and unflinching.” Their 2018 followup, “Face to Face with ISIS,” won the One World Media Award. The award jury called the production “exemplary of popular journalism at its bravest, most insightful and empathetic.”

Jon earned his Bachelor of Science degree from Georgetown University’s School of Foreign Service and a Master’s of Science from the London School of Economics.

Before embarking upon his career in journalism and media production, Jon worked as a national security aide for Georgia Congressman Hank Johnson, handling defense, foreign affairs, intelligence, and economic policy.

In that capacity, Jon helped deliver constituent service and federal resources for our state, drafted legislative initiatives that passed both the House and Senate, investigated the mass surveillance of American citizens, worked to stop the spread of nuclear weapons, and helped root out corruption and abuse by federal contractors.

In 2012, Jon left Congress to pursue his career in investigative journalism, taking over as the CEO of a then-21-year-old, multi-Emmy award winning investigative television production company called Insight TWI.

In 2017, Jon was the Democratic nominee in the Special Election for Georgia’s Sixth District. He entered the race at 29 years old, six weeks after Republican Congressman Tom Price had been re-elected by 24%.

It became the biggest Congressional race in American history, which Jon narrowly lost by 3% after mobilizing the strongest Democratic Special Election turnout in over a decade, doubling youth turnout from the 2014 midterm, and producing the highest-ever turnout for a stand-alone House Special Election of all time.

With the endorsements of his mentor Congressman John Lewis, Congressman Hank Johnson, Georgia State Legislative Black Caucus Chair Rep. Karen Bennett, and dozens of other leaders from around Georgia, Ossoff is challenging Senator David Perdue in 2020. 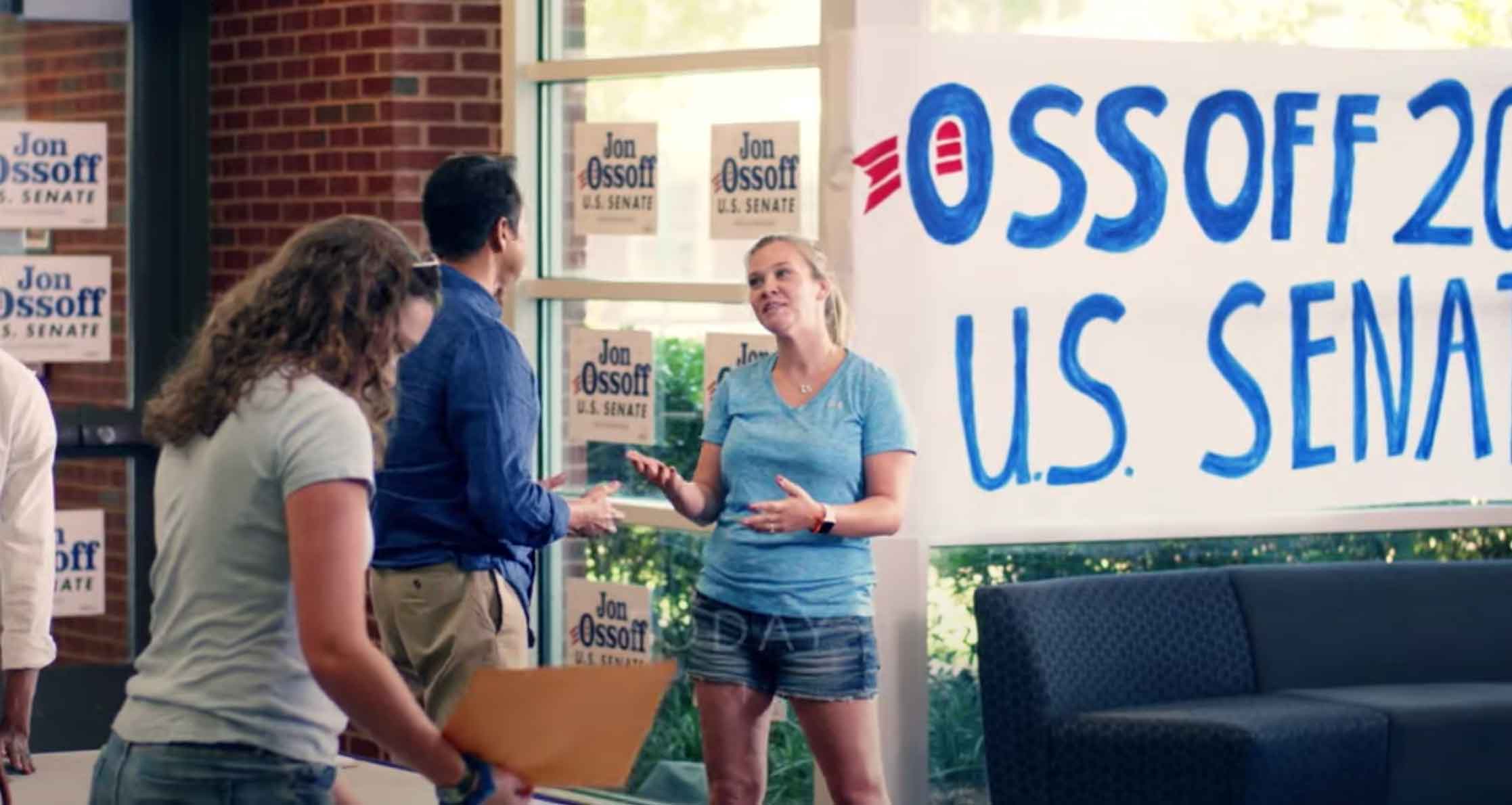 By providing your mobile number, you consent to receive periodic campaign updates from Jon Ossoff for Senate. Txt HELP for help, STOP to end. Msg & Data rates may apply.

Paid for by Jon Ossoff for Senate